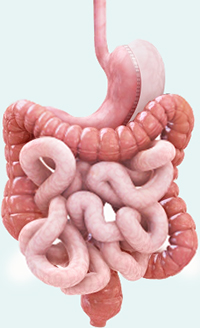 The rise of the sleeve gastrectomy was both quick and powerful. Study co-author and director of the Cleveland Clinic Bariatric and Metabolic Institute in Ohio, Philip Schauer, MD, remarked, “In just four years, there’s been a five-fold increase in the number of these operations. This is likely due to a combination of factors including better insurance coverage and more data demonstrating its safety and effectiveness in treating obesity and related diseases.” The trajectory of the sleeve gastrectomy seems to be continuing. According to the American Society for Metabolic and Bariatric Surgery (ASMBS), in 2014 193,000 people had bariatric surgery and an estimated 51.7% of procedures were gastric sleeve, followed by 26.8% gastric bypass, 9.5% gastric band, and 0.4% duodenal switch.

Bariatric surgery has been shown to be the most effective and longest lasting treatment for obesity and its resultant comorbidities. Advancements and improvements in laparoscopic techniques have helped reduce the risk of death from bariatric surgery to 0.1% and overall likelihood of major complications to 4%. With an estimated 78 million adults in 2011-2012 classified as obese, bariatric surgery has the potential to help many millions of Americans reduce their weight and improve their overall health.

To learn more about gastric sleeve surgery, as well as gastric bypass and lap band surgery, attend a free information session with Dr. Shillingford, M.D., P.A., a board certified surgeon specializing in laparoscopic and bariatric surgeries. Dr. Shillingford performs sleeve gastrectomy, gastric bypass, and lap band procedures, and can help you decide which bariatric surgery is right for you. His patients come from all over South Florida, including Boca Raton, Delray Beach, Fort Lauderdale, Miami, and the Palm Beaches. To schedule an informational session at his Boca Raton office call (561) 483-8840.