Accessibility Tools
Hide
Home // Blog » Celebrities Who Have Been Sleeved

Celebrities Who Have Been Sleeved

Celebrities Who Have Been Sleeved
Posted on: 02-Mar-2017

Celebrities Who Have Been Sleeved 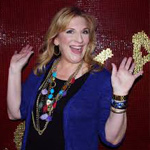 Some people who have had gastric sleeve surgery, or another type of bariatric surgery, keep quiet about their procedure. This can make it difficult for those seeking advice about the weight loss procedure to know who to ask. This is one reason it’s good that some celebrities are becoming more open to discussing their gastric sleeve surgery with the media. It gives their fans a chance to understand why they made the choice to have bariatric surgery, and hear about their struggles as well as their successes, and the before and after photos are usually posted all over the internet. Seeing a celebrity transform in the media after gastric sleeve surgery also helps remove the stigma some people associate with weight loss surgery.

We have listed 5 celebrities who have had gastric sleeve surgery and who are open to talking to the media about their procedure.

The popular celebrity chef is almost unrecognizable after losing 150 pounds following his gastric sleeve surgery in 2013. While some in the media have accused him of taking the easy way out, he has defended his choice citing his inability to do it on his own after reaching nearly 400 pounds. He also says his family was a large motivator. The “MasterChef” judge says he no longer binge eats, has been able to stop using a machine for his sleep apnea, has improved his blood pressure and cholesterol levels, has newfound energy, and even ran a 10K race.

Lisa has said that before her surgery, she was an emotional eater and used food similar to how some people use drugs or alcohol. She says she tried every trendy diet without success. Since undergoing gastric sleeve surgery in 2012, the insult comic has lost over 100 pounds. Lisa is so convinced of the life changing potential of the weight loss surgery, that she has taken on the role of ambassador for the Weight Loss Surgery Foundation of America.

EJ Johnson, the son of Magic Johnson and a star on Rich Kids of Beverly Hills, lost over 100 pounds after undergoing gastric sleeve surgery. After struggling with his weight almost his whole life, EJ said he sought the advice of Star Jones, who famously underwent gastric bypass surgery in 2003. He stressed that weight loss surgery is a tool, requires work, and is not a magic pill.

While Rosie may be in the news a lot lately for other reasons, many may remember her for being very vocal about her weight loss surgery. The former “View” cohost admitted she was pre diabetic, had a blocked artery, high blood pressure, and high cholesterol. After suffering a heart attack, she tried unsuccessfully to lose weight on her own and turned to bariatric surgery in 2013. She credits her gastric sleeve with helping her get her health back on track, but admits it is not a breeze or a “magic pill.”

Elvis Duran is one of the best known radio DJs and has recently opened up about his gastric sleeve surgery. He cited the deaths of his parents, which he at least partially attributes to their poor health choices, as one of the reasons he chose to have weight loss surgery after failing to be able to lose weight and control his blood pressure on his own. He does not liken his decision to have weight loss surgery as a “cop out,” and insists he has had to relearn to eat, and is encouraging his listeners to get serious about their health, too.

Many of Dr. Shillingford’s patients have been open to sharing their experience with others as a way of inspiring those considering gastric sleeve, gastric bypass, or adjustable gastric banding. To see before and after photos of Dr. Shillingford’s patients, please view our Gallery at http://www.gastricsleevesurgeryflorida.com/before-and-after/. Dr. Shillingford, M.D., P.A., is a board certified general surgeon specializing in laparoscopic and bariatric surgery. His patients come from all over South Florida, including Boca Raton, Wellington, Miami, Miami Beach, Fort Lauderdale, Orlando, and the Palm Beaches. To schedule an informational meeting and learn more about sleeve gastrectomy, gastric bypass, and lap band weight loss surgeries please call Dr. Shillingford at (561) 483-8840.